Welcome to the latest post on the Sinadrives blog.

However, if we want to compare a conventional servomotor with a motor using direct-drive technology where both create rotary motion, it’s not quite clear why one is better than the other.

Setting aside low performance applications that use asynchronous or stepper motors, in the lines below we will delve into the advantages a torque motor provides when compared to a conventional brushless servomotor.

The main goal of direct-drive motors is to eliminate mechanical transmissions or to reduce them as much as possible. Therefore, the first thing we get rid of when we build a torque motor is the gearbox.

The main purpose of a gearbox is to increase output torque at the expense of reducing rotational speed. But we can achieve the same thing by changing the constructive form of the motor. 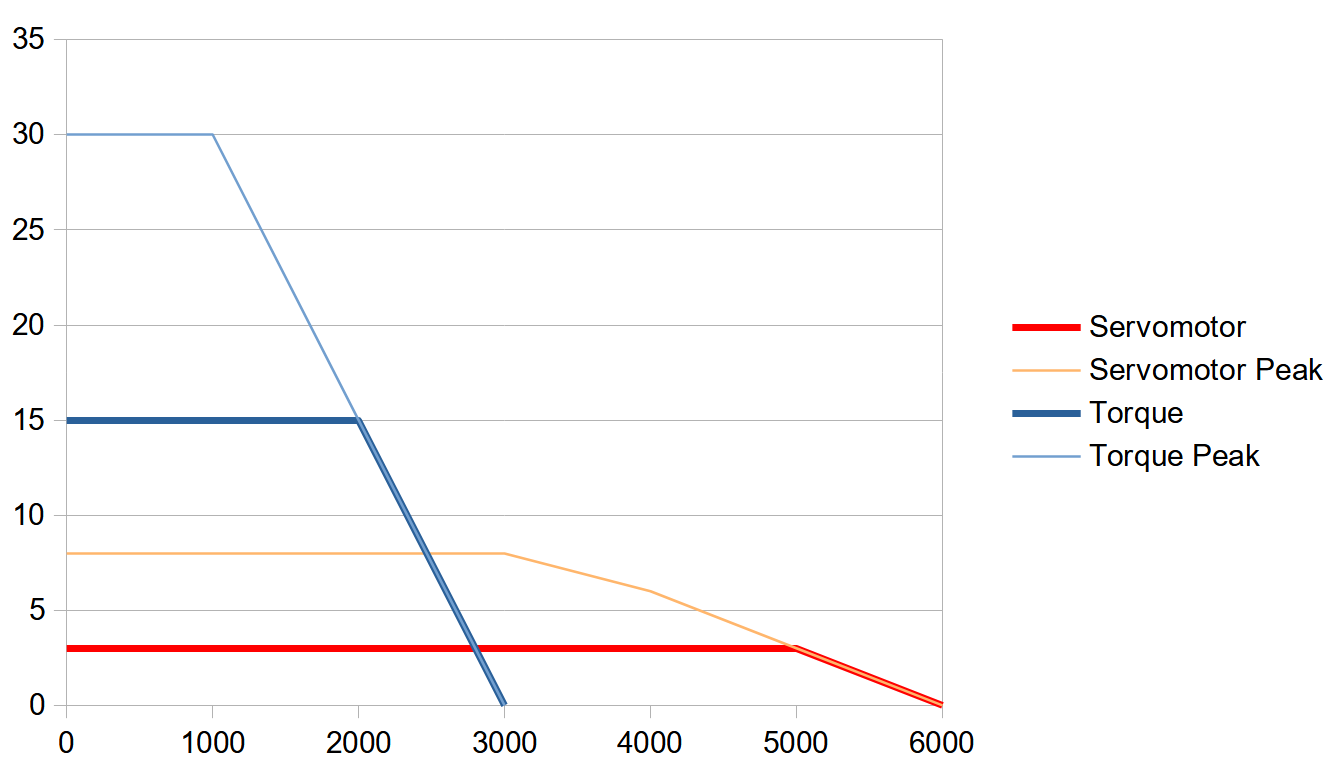 As we have seen in the previous paragraph, the larger the diameter of a torque motor, the greater its torque. Thanks to this, we can achieve a compact element by reducing its length and with little impact on the output torque.
Considering that we have also eliminated the gearbox, we save considerable space.

Based on the motors used in the previous chart, we can produce a comparative analysis of the real dimensions for both systems:

In this case we see that by maintaining the same characteristics for output torque and speed, we reduce the length by over 200mm while increasing the diameter of the motor by less than 50mm.

In order for an application to work with high dynamics, the inertia ratio between the load and the servomotor must be below 5 (This value may vary between 5 and 10 depending on the dynamics we want to achieve, but this value is widely accepted in the calculation of servomotors).

In servomotors, the second purpose that the gearbox has is to reduce the inertia that is reflected in the motor shaft in order to maintain the inertia ratio below 5. Although in some cases this can be counterproductive as the gearbox can limit the dynamics (More information in this blog article).

As we have seen, increasing the diameter of the rotor for torque motors increases inertia which helps maintain a good inertia ratio between the load and the motor with no gearbox required.

Curiously enough, one of the greatest advantages of a torque motor is actually related to the electronic side of things and not the mechanics as we might assume.

The fact that there is a rigid joint between the load and the motor eliminates all effects caused by twisting, mechanical play and stretching of toothed belts or other similar elements.
In addition, in torque motors, the encoder is directly coupled on the load being moved. And this provides information to the driver about the real position.

These improvements not only bring greater precision of positioning but also directly impact the system response time. All of this results in substantially improved dynamics with an adjustment force that is much lower than that which would be required by a conventional servomotor.

Until now, we have mainly focused on the advantages that a torque motor has over a servomotor, but there are functions that only a torque motor can perform.

One of these functions is the through-hole.
A torque motor makes it possible to have a through-hole that crosses the entire length of the motor. This hole is a simple way for cables or tubes to be passed through from the base of the machine to the load.
For example, for an indexing table that contains various stations, passing the cables through the centre of the table instead of on the outside of it largely simplifies the design.

Another advantage that torque has is integration into the system, or rather a high-level of customisation.
Unlike servomotors which aim to be a standard and interchangeable part, torque motors come in a variety of diameters and coils to adapt to the requirements of any application. This allows design engineers to directly integrate them into the structure of the machine and add parts that facilitate anchoring with other elements, or even a better cooling system.

In this article, we have reviewed the characteristics that place torque motors above conventional servomotors. Although there are cases favourable to the use of a servomotor, most are based on a direct comparison and can be easily countered if we take into consideration the overall advantages to the machine. For example, one of these is the individual cost of a servomotor, which is below that of a torque motor. But if we add the gearbox, coupling and assembly time, the cost quickly catches up.

The following table summarises the points we covered in this article, and reflects the technical superiority of torque motors:

If you have an application in which you’re keen to improve the performance of your machine, be it in terms of speed, dynamics, precision or simply reducing maintenance needs, please contact us.

Our specialists in Direct Drive technology and Linear Modules with linear motor technology will be happy to advise you free of charge.

Draw your own conclusions. Decide which innovation you want to implement in your machine to be competitive. We can help you.